Let me be clear. I'm not talking about a law designed to punish people for not having their dog on the leash. I already spent a night in jail for that one (Maybe I'll tell you that story in a future post - it's hilarious).  No, this is a rant aimed at the manufacturers of certain leashes that are just plain stupid. Okay, so let's get right to it… 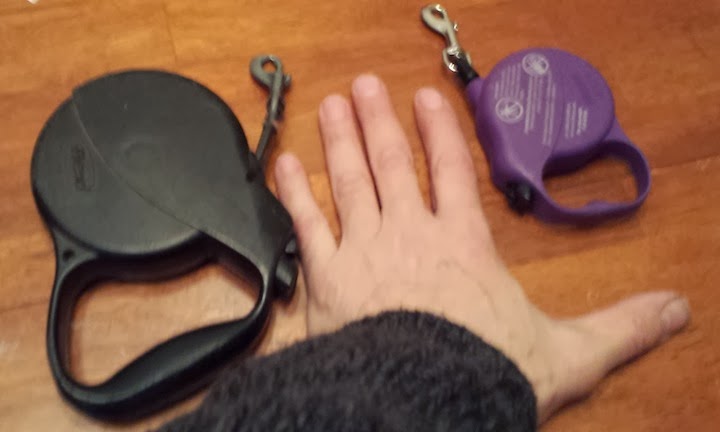 Retractable Leashes. You know those spring-loaded retractable leashes with about 16 feet of lead?  They make them for different size dogs and they're capable of supporting different weight groups.  No matter what size dog you have, they make a leash that can restrain him or her - no problem. If you have a German Shephard, you might get one for pets up to 150 pounds. If you have a Chihuahua, you'd choose one for pets up to 20 pounds. Now besides being extremely dangerous, the manufacturers of these leashes are so dumb, they assume that if you own a small dog, you have a tiny hand, and if you own a large dog, you have larger hands. So let me illustrate this so you can see how idiotic this assumption is.

In the first picture, you can see the leash I use for my larger dog. It's very easy to grip with my entire hand and I can press the button down very quickly in an emergency, such as stopping him when he's about to dart into the street or go after a squirrel. 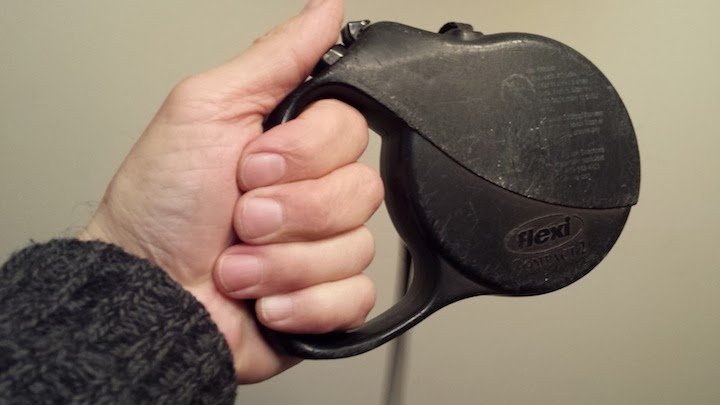 But now let's look at the version they make for the smaller dog. Now, remember, I haven't shrunk; I'm just walking a smaller dog. But for some reason, these morons scaled down the entire leash. As you can see… I can only get two fingers through the grip. And the button for the stop mechanism is so small, it doesn't readily respond every time i attempt to push it.
But the true hazard lies in the thickness of the lead itself. As you can see, the larger leash has a lead that's about 1/2" thick, while the smaller one is the thickness of piano wire. This is the same thickness used to make a garrote , a weapon used by the mob to decapitate someone. 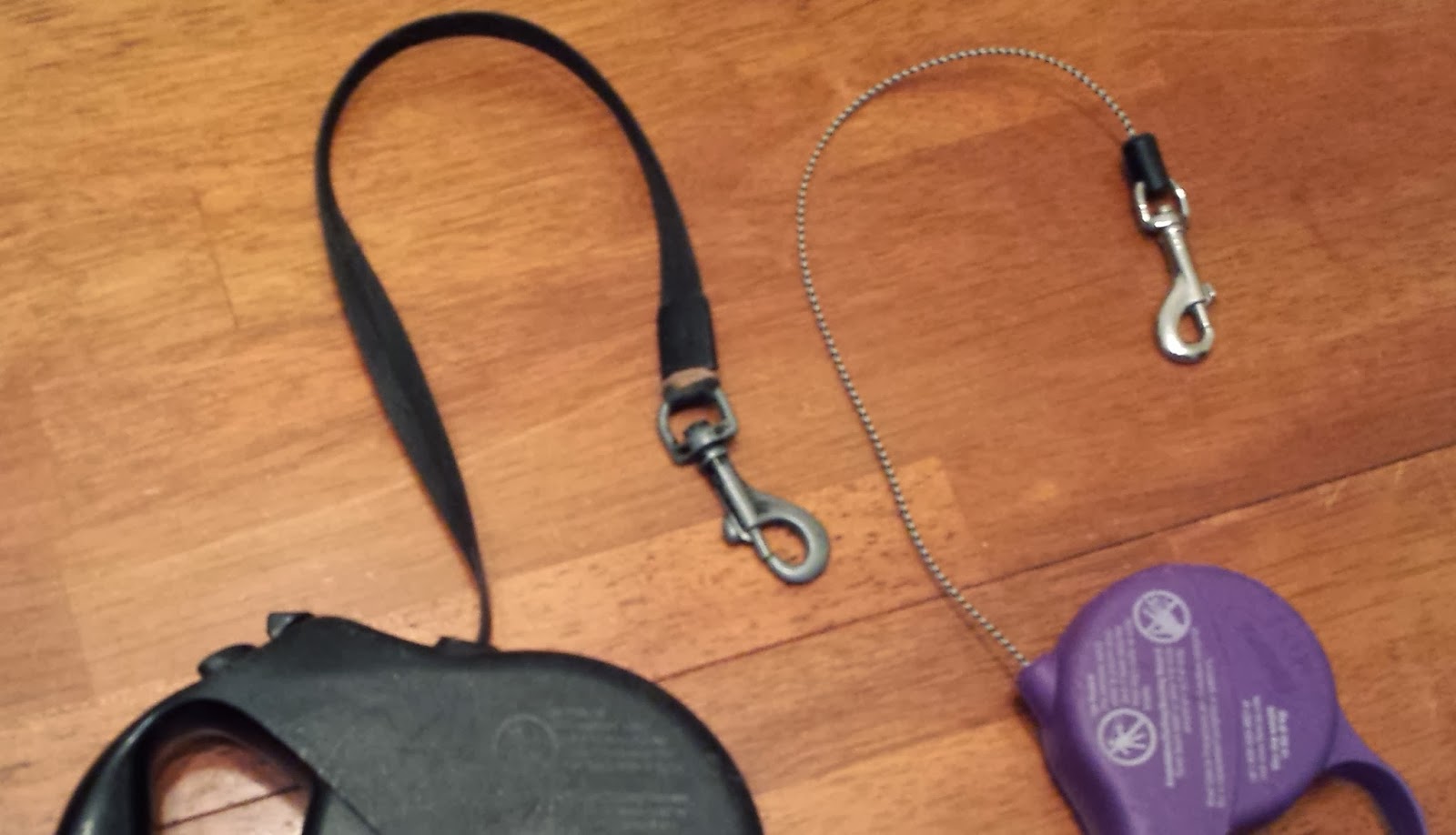 And lest you think this is a joke, let me defer to a couple of other blogs where you will be enlightened about the physical dangers posed by these retractable leashes.

It is my sincere hope, that uneven if you are experienced and  fully cognizant of the pitfalls that come with using retractable leashes, that you opt to replace yours ASAP with a standard leash no longer than 8' in length. If this helped to save just one dog's life or one human finger, my mission has been accomplished.

Posted by Halinphilly at 2:45 PM

Halinphilly
SInger/songwriter/performer of cover songs/multi-instrumentalist. Politically, I lean slightly to the left, I'm generally quick-witted, slightly sarcastic sense of humor with malice toward none.